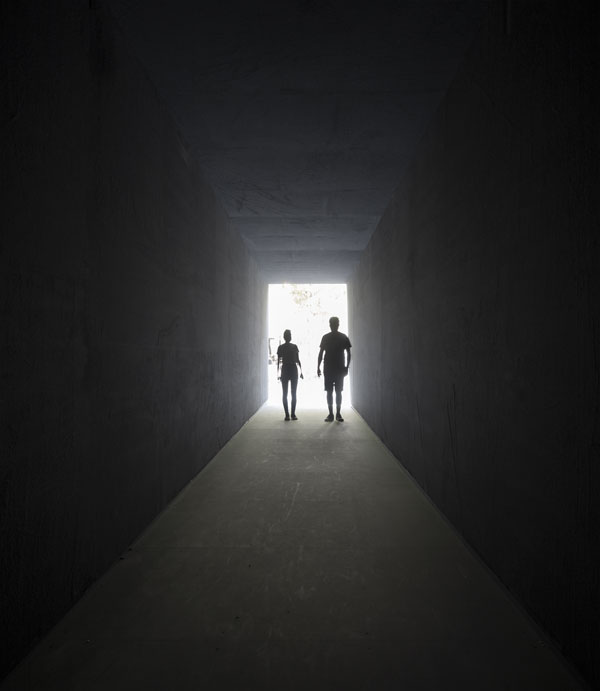 Kreuzweg (Way of the Cross) is a dark black passageway in the shape of a cross. The cross-shaped structure has four openings, one in each of its ends, through which the viewer can enter and exit. The shape of the cross is fully obtainable only from an aerial, God-like point of view. Upon entering the passageway, the viewer loses the formal contour of the structure, as the contour of his/her own body becomes blurred, melting into the indefinite blackness surrounding it, in which the distinction between one’s own outer/physical and inner/psychological space is no longer clear.

Obviously, Kreuzweg bears a direct reference to the Crucifixion of Jesus Christ. Rather than merely formal or iconographic, the reference to the Crucifixion is also experiential. Kreuzweg stages a theatrical rite of passage, a liminal scenography that strips viewing subjects walking through the passageway of their identities and everyday concepts of time and place, after which they are born again, reemerging into a world of a higher order juxtaposing terminality with resurrection.

Kreuzweg is the current culmination of the redemptive theological thread that runs through Schneider’s oeuvre. It is the explicit conclusion of many earlier works. One example of which is CUBE (2005-07). Schneider’s CUBE is a gigantic cubic outdoor structure covered in black cloth, seemingly replicating Islam’s holy edifice of the Kaaba. Formally, a flattened cube results in a cross. In this sense, Kreuzweg is the spatialization of CUBE after it was flattened. The geometrical link between the two works enables Schneider to incorporate CUBE’s scenario of circumambulating a black void into the immersive walked-through black void of Kreuzweg.

… In 2008 CUBE became END: a sixty-six-meter-long dark passageway which Schneider constructed outside Abteiberg Museum in Mönchengladbach. To enter the dark passageway, the viewer had to climb a small ladder and pass through a black square opening. At the end of the passageway, along which one’s own orientation and bodily integrity were being shaken, was a shaft leading the viewer to an underground dark space. The sole way out of the dark underground space was an elevator which carried the viewer to the museum’s illuminated collection galleries on the second floor, as if launching him or her from the domain of black death into the white territory of life after death.

Schneider’s interest in the hereafter can also be traced in his Cryo-Tank Phoenix (2006). A sealed cylindrical tank made of electro-polished stainless steel Cryo-Tank Phoenix was first presented on 02.11.06–the Christian Day of the Dead–at St Peter’s Church, Cologne. Its initial religious backdrop established a fundamental connection between the cryonic vision of preserving dead bodies in low temperature until wishful revivification, the story of Christ’s resurrection, and the anticipated event of his Second Coming. It marked the appearance of Cryo-Tank Phoenix in affinity to the apocalyptic-eschatological circumstances of the hereafter, turning every site in which it emerges into an intermediary zone situated between life and death, between this world and the world to come.

An excerpt from “Gregor Schneider and the Architecture of the Afterlife,” a text by Ory Dessau.

Welcome, West is open to the public. Please note that due to current regulations related to the coronavirus, all visitors are required to reserve a time slot for their visit. 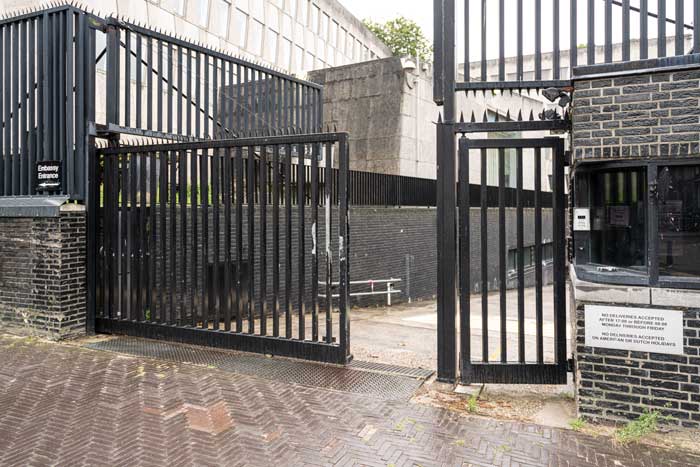 West Den Haag is thrilled to announce Tote Räume, Gregor Schneider‘s first solo exhibition in the Netherlands. Acknowledged as a groundbreaking artistic proposition, Schneider’s work can be regarded also as prophetic in a time of mandatory social distancing since it is based on mechanisms of physical isolation. Unfolding a sequence of rooms, sculptures, human figures, photos and videos spanning four decades of radical art making, the exhibition is arranged in response to, and exchange with, the original function of its building as the U.S. Embassy in the Netherlands from 1959 until 2018.

A clear example to this exchange is the ‘Interrogation Room’ – a pristine room replicating one of the prison cell modules in Guantánamo Bay Detention Camp, the U.S. detention facility located on Cuba’s southeastern coast. When incorporated into the setting of West Den Haag ‘Interrogation Room’ exceeds the boundaries of the aesthetic field and acquires the status of a real authoritarian space, outlining the exercise of power over the visitors and the potential violation of their bodily sovereignty.
Also included in the current sequence is ‘Cold Storage Cell’, which joins ‘Interrogation Room’ to politically contextualize Schneider’s continuous experiments in sensory deprivation and practices of stealth interrogation and clean torture, intermittently conducted throughout his entire oeuvre.
With the display of ‘Cryo-Tank Phoenix 3’ Schneider’s conception of sealed-off spaces extends beyond the political-jurisdictional framework provided by West Den Haag and obtains a metaphysical sense, turning every site in which it emerges into an intermediary zone situated between life and death, between this world and the world to come. A separate section in the exhibition is dedicated to ‘Geburtshaus Goebbels’, which involves the actual building in Mönchengladbach-Rheydt where Joseph Goebbels—the Reich Minister of Propaganda in Nazi Germany—was born. In ‘Geburtshaus Goebbels’ Schneider traces the roots of Nazi history almost literally, uncovering the physical foundations of Goebbels’ birthplace—the origins of his origins. Within Schneider’s universe ‘Geburtshaus Goebbels’ is also a follower of ‘Haus u r’, the artist’s own site of origin, standing a short distance away from it. ‘Haus u r’ is the name Schneider gave to the abandoned residential building, which he occupies since 1985, all the while ceaselessly reconstructing its inner structure as an idiosyncratic typology of visceral rooms built inside the house’s preexisting rooms (with windows in front of windows, walls in front of walls, etc.). Being realized through a process of self-consuming duplication—whereby each room is also the concealed room into which it was inserted, and the space—the difference—between them—makes ‘Haus u r’ an enduring experience of cognitive dissonance in relation to which presence and absence, construction and elimination, are no longer distinguishable from one another.

In the context of the exhibition a series of performances will be staged specifically for the occasion. Additionally to the project ‘Tote Räume’ West will organise an international symposium in November of this year. With the working title: ‘Gregor Schneider: Kunst im Kopf’.

Gregor Schneider (Germany, 1969) is cosidered one of the most influential artists of the last three decades. Since the end of the 1990s Schneider has been presenting solo exhibitions in leading museums around the world, including, among many others, Musée d'Art Moderne de Paris, Museun of Contemporary Art, Los Angeles, Kunstsammlung Nordrhein-Westfalen, Dusseldorf, Museo d’Arte Contemporena Roma. In 2001 Schneider won the Golden Lion award in the Venice Biennale of Art, and from then on his work is the subject of worldwide discussions and controversies. Schneider’s practice is an intersection between architecture, sculpture, and performance, intervening in the fabric of material, social and historical reality.

This project is supported by the Ministry of Education, Cultural Affairs and Science, the city of The Hague, Mondriaan Foundation and the Goethe-Institut. 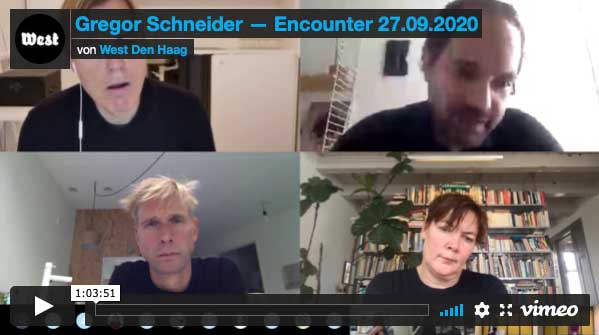 I. Intro, office & Storage I 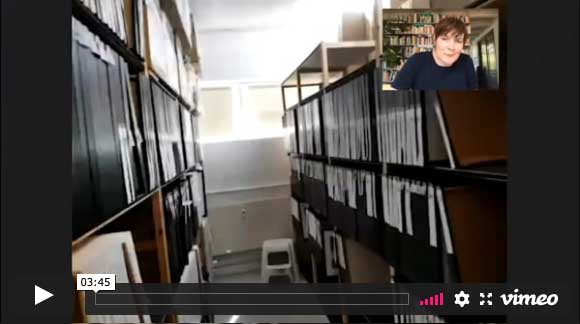 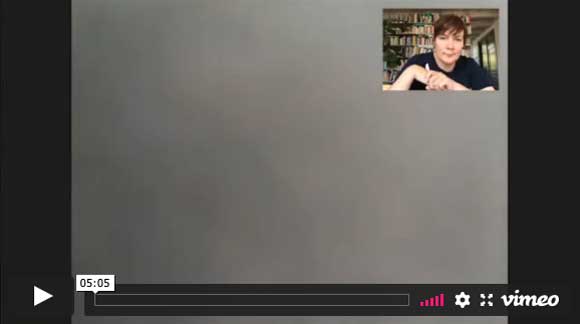 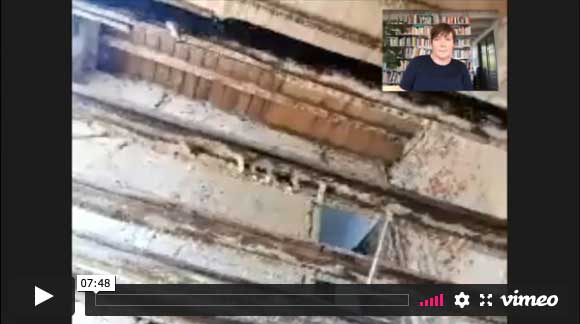 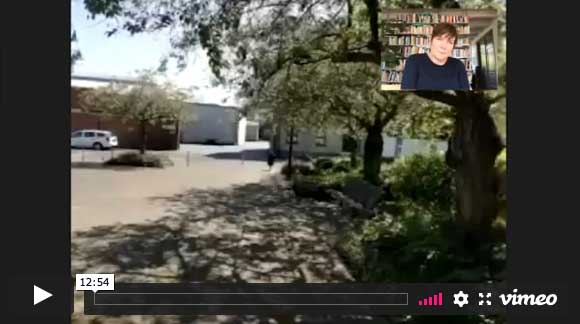 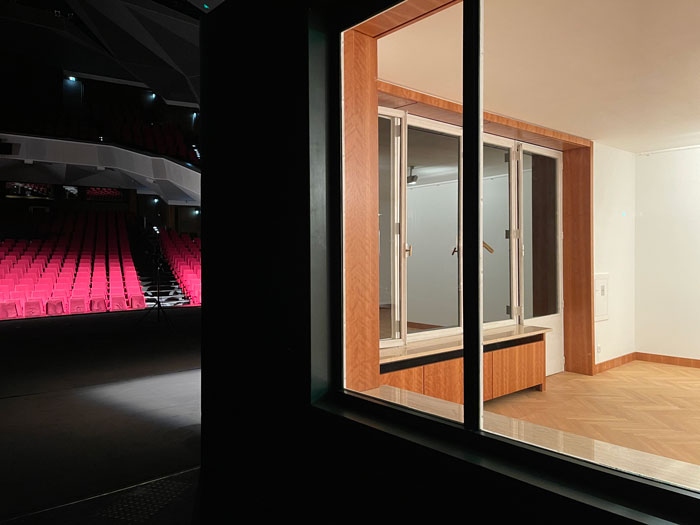